Workhouse inmates — at least those who were capable of it — were given a variety of work to perform, much of which was involved in running the workhouse. The women mostly did domestic jobs such as cleaning, or helping in the kitchen or laundry. Some workhouses had workshops for sewing, spinning and weaving or other local trades. Others had their own vegetable gardens where the inmates worked to provide food for the workhouse. 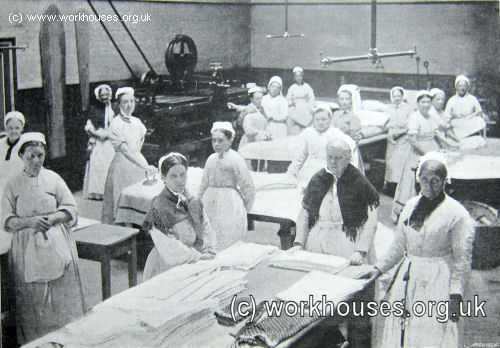 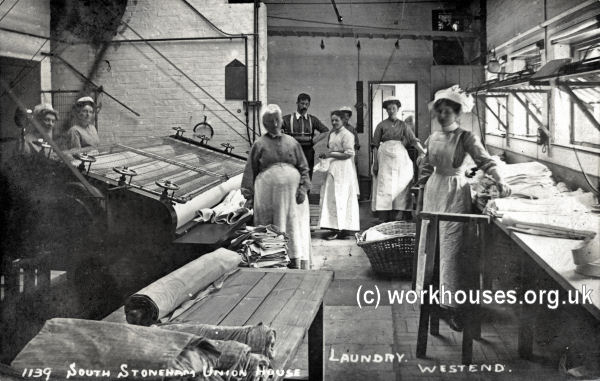 In 1888, a report on the Macclesfield workhouse found that amongst the able-bodied females there were 21 washers, 22 sewers and knitters, 12 scrubbers, 12 assisting women, 4 in the kitchen, 4 in the nursery, and 4 stocking darners. On the men's side were 2 joiners, 1 slater, 1 upholsterer, 1 blacksmith, 3 assisting the porter the tramps, 6 men attending the boilers, 3 attending the stone-shed men, 4 whitewashers, 4 attending the pigs, 2 looking after sanitary matters, 1 regulating the coal supply, 18 potato peelers, 1 messenger, 26 ward men, 2 doorkeepers. There were also 12 boys at work in the tailor's shop.

Oakum-picking involved teasing out the fibres from old hemp ropes — the resulting material was sold to the navy or other ship-builders — it was mixed with tar and used to seal the lining of wooden ships. 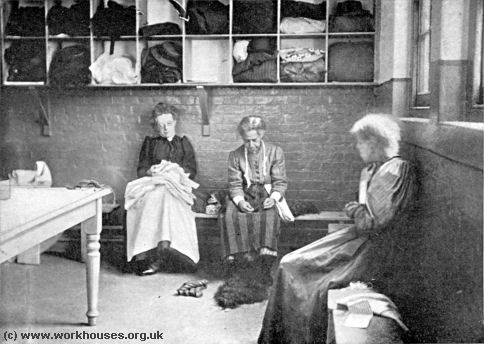 Stone-breaking was a task often given to male inmates. It was physically demanding, the amount performed could be readily measured, and the results could be sold for road-mending. 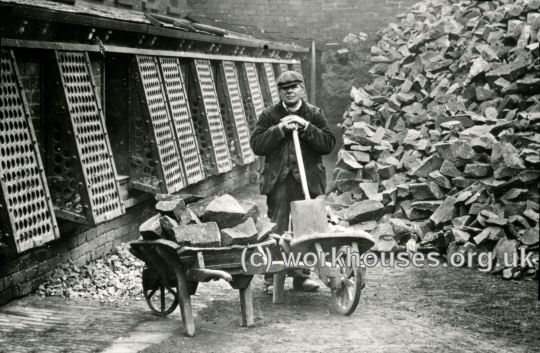 Stone-breaking was also a favourite task to be given to vagrants staying overnight in the workhouse tramp wards. From the 1880s, these often had special cells where the men were detained until they had broken the required weight of stone into pieces small enough to fall through a grid to the outside. 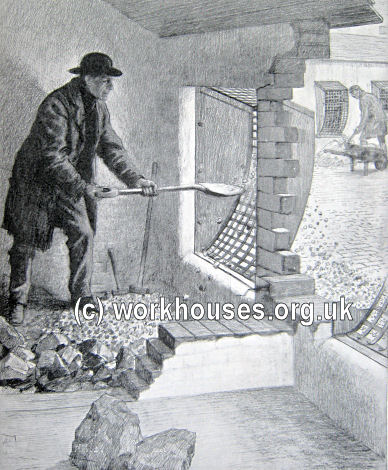 Bone-crushing, where old bones were pounded into dust for use as fertilizer, was a hard and particularly unpleasant task. Its use was banned after a scandal in 1845 when it was discovered that inmates of Andover workhouse had been so hungry that they had resorted to eating the rotting scraps of flesh and marrow on the old bones they were crushing. 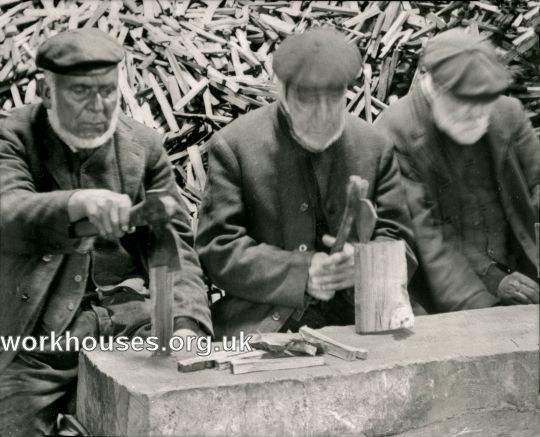 By the end of the nineteenth century a few unions however, such as Holborn, were attempting to provide 'useful' work for their inmates such as shoemaking, tailoring, bricklaying, painting, or plumbing. 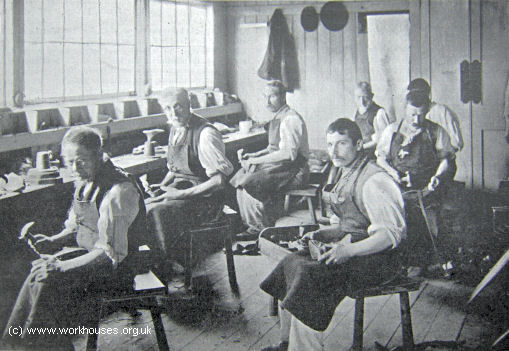 No work, except necessary household work and cooking, was performed by inmates on Sunday, Good Friday, and Christmas Day.